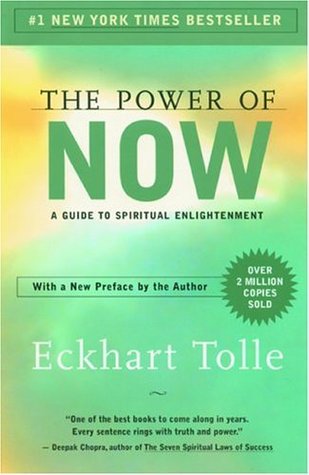 The Power of Now: A Guide to Spiritual Enlightenment

This book was okay, but not great. I listened to it on Audible, and the first thing I need to mention is that Eckhart Tolle speaks very slowly. I got used to this, but as I’m a quick reader I initially found it frustrating and needed to learn acceptance to get through it – it’s possible this was deliberate as that is the main focus of Eckhart’s teachings.

The good: the overarching message is one that a lot of people need to hear. Acceptance, being mentally present, and not dwelling on the past or future are important lessons to learn for a healthy mind, and roughly two thirds of the book explains this well.

The not so good: the interview style questions didn’t work well in the audio book (which is surprising as you’d think it’d be better in this format than reading them). I think it’s because the two people asking the questions seemed unnecessarily dull, and sounded like they were asking really stupid questions. I doubt they’d have seemed that way if you read the book in the traditional manner though, so that’s why I haven’t popped this down as a “bad” element.

The bad: Eckhart misses the mark in a number of his points, and (in my opinion) shouldn’t have made them in the first place; the main section which riled me up was that of menstruation. Eckhart maintains that menstruation is “the collective female pain-body” and that women need to “catch it before it takes [them] over”. He informs the reader that women know for certain when their period is going to come, and that it can become a “joyful and fulfilling expression of [their] womanhood”.

Throughout this I basically wanted to tell him to f-off. I’m all for learning to accept that periods are pretty shit, and am almost okay with hearing that from a man, but for a man to tell us that they can be joyful? He needs to jog-on.