Why is it, people often won’t do things they love, instead using their spare time on things they’re good at?

There seems to be a lot of pressure these days to be the best at everything. In the digital age where everything is shared, or sold on Etsy, life has become one big competition; it is almost like your best isn’t good enough if it isn’t “the best”.

We teach our children that as long as they try their best, that’s all that matters. And for the most part, it’s true. We take into account their differing abilities; we cheer the losing primary school netball team on from the side lines, letting every child have a go in game and not just the top performers; we celebrate all achievements, no matter how big or small; and do everything we can to increase their confidence and enjoyment of an activity.

This completely changes once you become an adult. It starts in the workplace, rather than “do your best and we will be happy” it’s “hit this target; if you don’t you will have a disciplinary, if you do you will just stay under the radar and be a forgotten statistic, if you exceed it by miles, only then will you be thanked and congratulated on doing a good job”. This attitude seeps out of the workplace into our team sports. No longer can you just join a football team if you enjoy a kick around on a Saturday morning, you have to try out and will only get a place if the coach thinks you’re good enough.

People then start applying this logic to their hobbies, even if it prevents them from doing things they really love. Unless you can produce a cake which wouldn’t look out of place on the Great British Bake-off, you ignore the request for cakes for the school cake sale with the thought “oh, my cakes aren’t as good as Mrs Alpha Mum PTA; there’s no point in baking any to send in as mine won’t get sold”. It’s now not good enough to knit a blanket for your friend’s new baby, full of dropped stitches, wonky edges and tons of love. Unless you could sell the end product on Etsy, it stays as a well-intentioned thought rather than a reality. If you love playing computer games but don’t have the best hand eye coordination, you never join in on web based co-ops or play MMOs for fear of being called a “noob” and being repeatedly voted off the server (that totally didn’t happen to me last week…)

People I know who love to draw, paint and write don’t, simply because they feel that they’re not good enough. I was one of those people. I love to draw, paint, colour in a colouring book, anything that’s related to art. I find it therapeutic and it’s technically something I could do almost anywhere. For most of my adult life, I simply haven’t done it because it’s not something I’m particularly good at. I didn’t think I could justify spending the money on art supplies as there is absolutely no way in hell I’d ever be able to sell any of the end products on Etsy. I can’t even draw from my imagination, everything I do is (badly) copied.

Today, however, I changed my way of thinking and did some drawing. Okay, it wasn’t my idea, I was at a friend’s house and he got his supplies out and started drawing with my youngest son, I just jumped on the bandwagon. I did, however, really enjoy myself and definitely felt more relaxed in the process. I’m not even ashamed of the end products and am happily adding them to this post to show that it doesn’t matter if you’re not amazing at what you enjoy. 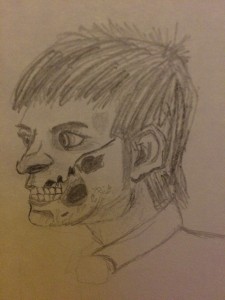 I am going to continue to draw (badly) and will actually buy my own art supplies. I am also certainly going to continue to play computer games (not quite as badly), write my blog and may even start baking again. I’m never going to produce the best results, I’m not going to be the next big novelist, open a successful cupcake shop or have a job reviewing games for PC Gamer. But you know what? That’s okay. As long as I enjoy myself, it doesn’t matter if I’m not the best at something, it doesn’t even matter if I’m not particularly good at it. Isn’t it about time you started to do something you love? Most people get very little free time, use it wisely and remember, not everything in life is a competition. If it makes it easier, critique yourself as if you were eight years old again, give yourself some praise for turning up and taking part rather than berating yourself for not being the next Monet. 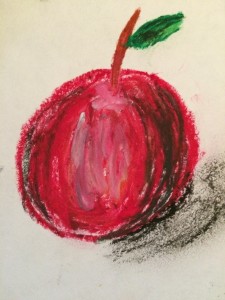 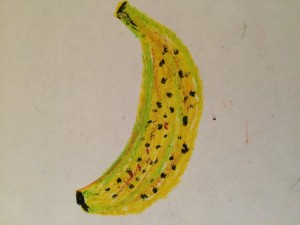 1 thought on “You should love your hobbies.”